Is Self-Funded Health Insurance Right For You?

What is Self Funded Health Insurance? 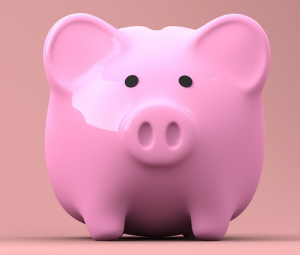 The practice or self funding health coverage for employees began decades ago at major corporations who believed that they could reduce their health care costs by taking matters in to their own hands. Now, virtually all companies with more than a few thousand employees and more than half of small businesses have some form of self funded health insurance protecting their employees from the high costs associated with health care.

There are a number of pros and cons associated with using self funded health insurance, which we will investigate below.

The Benefits of Self Funded Health Insurance

Self funded health insurance plans also tend to have a lot more flexibility in regards to the benefits offered – and paid for – as part of the plan. Tweaking a self funded plan to remove benefits that aren’t worth paying for can shave a bit more off of the total premiums, reducing the bill while providing an adequate level of coverage.

It’s also possible to make just a small portion of the entire health care picture – such as dental coverage or short term disability benefits – fully self funded. Removing very high cost or high risk items from a health insurance plan can bring the cost down significantly; the only worry comes with having to foot the bill should someone need to make a claim.

Disadvantages of Self Funded Health Insurance

As with any major change, there are some disadvantages that need to be considered before adopting self funded health insurance. The biggest hurdle is that a greater amount of risk is assumed when going self funded, and that can mean huge costs in a year that sees a lot of claims due to illness or injury. When this occurs, the costs must be met and if there’s no money set aside in the budget, it can spell disaster.

Self funded health plans are also a bit more difficult to budget, as the costs tend to vary from month to month and year to year. Again, as the claims go up in one month and down in another, things can get tricky to try to predict the future and figure out how much needs to be set aside.

Finally, those who go with self funded health insurance need to be organized, efficient, and stay on top of things. Without diligence, costs can quickly go spiraling out of control, causing major headaches for whoever is footing the bill.

Is Self Funded Health Insurance Right for Me?

More than half of the businesses across the United States and tens of millions of people are covered under self funded health insurance plans. Ask around your social and professional circles to speak with those who work with a self funded plan on a regular basis, and find out what their experience has been. Self funded health insurance can be an excellent tool for those who are properly prepared to make the best use of it, and it’s almost certain to save money in the long run.

SelfHealthInsurance.com is your partner in finding the best health insurance coverage possible – regardless of provider. Our team scours through all of the major health insurance companies to find the best deals available. To find out more and to get some free price quotes, simply scroll up to the top of this page and enter your zip code to get started!