There are a lot of health insurance companies out there, and it can be difficult to pick the right one. In most states, you have at least half a dozen choices, and even in states where Medicaid is an option for low-income families, there are usually still at least a couple of different health insurance companies to choose from. Obviously, there are some really good ones out there and there are some really bad ones as well. You definitely want to avoid the bad ones, so we have compiled a list of the 10 best. If you have access to these health insurance agencies (and you should no matter where you live have access to at least one) then you will know that you are partnering with an insurance agency that has a good reputation. 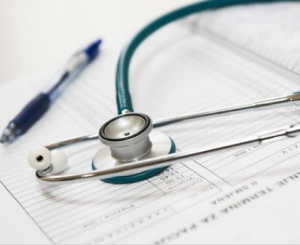 The top entry on our list is the Blue Cross Blue Shield plan. This is probably the most well-known health insurance provider in the United States. There are actually more than three dozen companies that make up Blue Cross and Blue Shield, many of them operating independently. This health insurer has become the largest private insurer in the United States and is often the only insurance company available in rural areas. They also have more plans than just about any other insurance company out there with 20 currently available at the time of this writing. The premiums are fairly competitive and match what other companies are charging, but in some areas, pricing can vary. In addition, some customers have noticed that they pay more when they choose a high deductible plan because Blue Cross Blue Shield has contracted rates in some areas.

The Kaiser Foundation is not nearly as widespread as Blue Cross and Blue Shield, but Kaiser definitely has a presence in the United States with insurance available in nine states currently. They are on this list because if you live in those states, then you have definitely hit the jackpot as far as health insurance goes. Kaiser is consistently rated by both independent evaluation agencies and customers alike as one of the top health insurers in the country. Even companies like Standard & Poors and JD Power rate them with the highest marks. The bottom line is that Kaiser is simply one of the most respected health insurance providers in the United States.

Humana is also quite well known and respected. They are also available in lots of different locations, having spread across 22 states at the time of this writing. Humana has become well-known for offering plans that are lower in cost than many other insurance plans but with the same benefits. For example, home healthcare, dental care, and vision are part of their plans even at reduced prices that other companies do not provide. Many people who buy private insurance use Humana, but if you do not live in a state where it is currently available, then you have to choose something else entirely.

Although CIGNA works mostly with employers, you can still get CIGNA private insurance in the marketplace. Their plans are a little bit more expensive than other insurance companies that you may browse through, but they also have more fully rounded plans and more benefits. Recently, Anthem and CIGNA plan to merge as one insurance company, but the resulting company would’ve been so large that antitrust lawsuits were brought forth in the deal never happened. You should definitely take a look at all the benefits that these plans offer and decide if you can justify the higher premium or find out if your employer offers CIGNA health plans as part of their insurance marketplace.

Anthem is only available in a few states, and it came from the combination of two Blue Cross and Blue Shield plans. Most people report a fairly happy experience with Anthem, and they are distinct in that more people resubscribe to them after having their plan for a while then with any other company. They are a separate company from Blue Cross and Blue Shield although they are a licensee and you can find Anthem insurance plans in the following states: California, Colorado, Connecticut, Georgia, Indiana, Kentucky, Maine, Missouri, Nevada, New Hampshire, New York, Ohio, Virginia, and Wisconsin.

This is not as inexpensive as the other healthcare options on this list, but it is a good company to go with. In fact, though their plans are solid in their benefits are huge, they are one of the most expensive health insurers out there. They do have the distinction of having a huge infrastructure online so that people can look at their insurance plan and see exactly what’s going on through their customer portal, plus they relationships with lots of different healthcare providers and pharmacies.

Highmark is a great insurance company, but the problem is that most people will be unable to access the benefits. That’s because the framework is only available in three states currently including Pennsylvania, Delaware and West Virginia. However, they do have some benefits over other insurance plans if you happen to live in one of those three states. For one thing, they offer short-term insurance as well as long-term contracts. This is not something that you find with every insurer. Short-term insurance is extremely useful to someone that has just changed jobs but isn’t covered by new insurance until the waiting period is over. They also have excellent dental insurance and were previously affiliated with Blue Cross and Blue Shield.

Emblem is not going to work for you unless you live in the state of New York. Still, because of the major population centers in the state, Emblem is still one of the biggest insurers in the country. In addition, when you compare premiums for emblem health with other insurance companies, they seem to be a bit high. However, they fit in well with the higher cost of living in New York City and other populated places within the state. They have lower deductibles and other plans but our HMO only so only primary care is provided.

This is another health insurer with limited coverage areas. In this case, the only place you will find Select Health is in the states of Utah and Idaho. They offer both regular health insurance plans as well as Medicare and Medicaid plans. They even provide children’s health insurance plans via the CHIP program. Many of their plans have extremely low deductibles and no co-pays whatsoever which makes them one of the most popular plans in that part of the country.