If you are ever involved in a medical emergency, you may need to be transported to a hospital via an ambulance. Car accidents, heart attacks, strokes, severe seizures, and other serious medical conditions may necessitate immediate transport to a hospital. Not only do ambulances provide the fastest hospital transport, but they also offer life-saving immediate medical care that may be needed while you’re in transit. EMTs are highly trained professionals that ride along in ambulances, delivering the medical support that patients require.

While an ambulance ride can be life-saving and is the most reliable form of hospital transport, they aren’t free. If you’re ever in a situation where you need an ambulance, it’s important to understand the costs of riding in one and how you will go about paying for the expense.

How Much does an Ambulance Ride Cost? 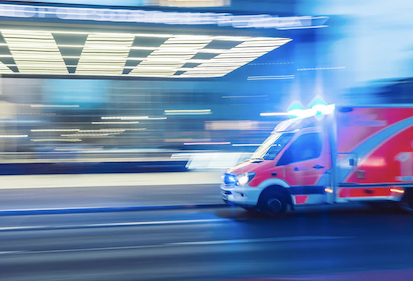 The cost of a ride in an ambulance can be exorbitant. With that said, however, it’s hard to determine exactly how much the trip will cost, as there are a variety of factors that will affect the final bill, which could range from a couple hundred to a few thousand dollars. It’s hard to predict how much the final expense will be until you actually receive a bill, and you won’t receive that bill until after the service is rendered.

Some of the factors that affect the cost of an ambulance ride include:

Ambulance rides are considered a necessity when immediate medical care needs to be administered or if you are unable to safely get to a hospital on your own. For example, if you are suffering a heart attack or if you have been involved in a car accident and sustained serious injuries, it’s likely that your insurance company will deem an ambulance ride medically necessary. However, if you broke your arm, chances are your insurer wouldn’t deem a ride in an ambulance a necessity.

It’s also important to note that you shouldn’t assume that your health insurance will cover your ambulance transportation just because you didn’t have access to transportation if you were not suffering a medical emergency. If you sustain a cut that requires stitches and do not have a way to get to the hospital, your health insurance may not cover the cost of an ambulance because you don’t require immediate medical attention; regardless of the fact that you didn’t have a way to get to the hospital.

Talk to Your Health Insurance Company

While speaking to your health insurance company, find out the following: