Does Health Insurance Pay for an Abortion?

The majority of health insurance carriers offer coverage for a variety of health services for women. There is one service, however, that is controversial, and that is abortion.

Does health insurance cover an abortion? It depends. Below, we take a closer look about healthcare coverage for abortions. 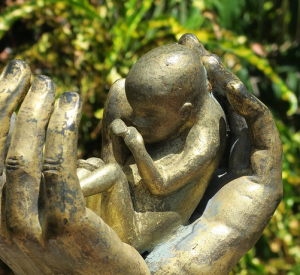 There are states that do not allow private insurance plans to cover abortions. In these states, coverage is not provided even in extreme situations, such as pregnancies that are the result of rape. These states include:

The Affordable Care Act and Abortions

Abortions are not considered an “essential” health benefit for women under the Affordable Care Act. As such, states have the right to ban coverage on health insurance plants that are offered via the insurance marketplace. A total of 25 states have elected to ban coverage under the Affordable Care Act. In six states, coverage for abortions is not banned, but there aren’t any plants that offer coverage in via the marketplace.

As per the Hyde Amendment, Medicaid is not permitted to cover abortions, unless the pregnancy is the result of a rape or incest, or if the pregnancy threatens the life of the mother. However, the Hyde Amendment does not prevent states from funding all or most abortions for Medicaid recipients. In fact, there are 17 states that do use their own funds to cover the cost of abortions for those who are on Medicaid. These states include:

But, not all 17 states do willingly permit their Medicaid programs to cover the cost of an abortion, as only four of these 17 states offer coverage voluntarily. The remaining 13 states provide Medicaid coverage for abortions under court orders.

Each state regulates how insurance companies cover their residents, including fully insured individual, small, and large group insurance plans. Additionally, states are also allows to restrict how health care plans can cover or not cover abortion.

Currently, 11 states prohibit any private health insurance plan from covering the cost of abortion, unless a woman’s life is endangered, as mentioned. These states include:

Utah and Indiana do make exceptions for pregnancies that were the result of rape or incest.

The Cost of Abortion without Health Insurance

In either case, the cost of an abortion can be exorbitant. The average cost of an abortion that takes place before 10 weeks of pregnancy ranges between $300 and $800. Abortions that take place past the 10th week of pregnancy can cost thousands of dollars. In addition to the cost of the abortion itself, there are also many other costs that a woman may have to pay in order to terminate a pregnancy; traveling to the abortion clinic, accommodations, care for other children, and wages that are lost as a result of missing work while the abortion takes place, for example. One study revealed that women can spend a minimum of third of their monthly income to cover all of the costs that are associated with an abortion.

For women who need an abortion but their insurance does not cover the cost, or for women who do not have any health insurance, private coverage can be purchased. Speak to a reputable insurance agent to learn more.