If you’re an American who is of-age to purchase health insurance, there’s no doubt that you have heard of Obamacare, formally known as the Affordable Care Act (ACA). However, if you’re like many people, you might not know how the ACA works. If so, then you may be like one of the millions of Americans who have decided to forego Obamacare coverage simply because you don’t understand it; or you may assume that it won’t work for you because, well, other people have said that it doesn’t work.

As with anything in life, in order to make an informed decision, you need to have all of the necessary facts. When speaking of health insurance, that means having a firm understanding of the Affordable Care Act. If you’ve heard about the ACA but you’re just not totally sure what it is and how it works, read on for a basic overview of America’s healthcare reform.

What is the Affordable Care Act? 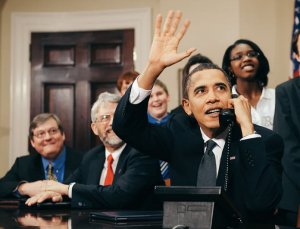 The Affordable Care Act (ACA) is the comprehensive health care reform law that was put into place by President Obama in 2010; hence the reason why it’s often referred to as “Obamacare”. The goal of this healthcare reform law was to provide the following for American citizens:

Overall, the goal of Obamacare was to provide Americans with more affordable health care and to ensure that they had access to more health care services, regardless of their medical history. In addition to providing discounts for health insurance coverage, it also altered the rules that once governed health insurance. For instance, prior to the ACA, individuals that have pre-existing conditions (cancer, diabetes, etc) could be denied coverage or the cost of your coverage would be driven up. Thanks to Obamacare, that’s no longer the case; anyone can receive coverage, regardless of pre-existing conditions, and the cost of their coverage will not be affected.

How does Obamacare Work?

Whether you are purchasing insurance during the Open Enrollment period or the Special Enrollment Period, you would need to supply the requested information, including your name and your annual income. Based on the information you provide, you would receive access to different types of insurance options that you can purchase. If you qualify, you will receive a discount in the form of a subsidy, or a tax credit; in other words, you’ll receive money back during tax season.

What Happens if You Don’t Qualify for a Discount?

You may make too much to be considered eligible for a tax credit. If that’s the case, you still have the ability to purchase a plan through the federal Health Insurance Marketplace or through your state’s health insurance exchange; however, you won’t receive a discount. But, while you may not be eligible for a discount, you could still land a pretty good price on a health insurance plan.

What Type of Plans are Available?

Health insurance plans are split up into what is referred to as tiers, including Bronze, Silver, Gold, and Platinum. The primary difference between each of these tiers is the pricing and the percentage of cost-sharing. The least expensive plans are Bronze; however, they also offer the least amount of coverage, as they only cover 60 percent of your medical services. Platinum plans, as you can probably guess, are the most expensive; but, they provide the most coverage, as they cover up to 90 percent of the services you receive.

Is there a Penalty?

The Trump administration has made changes to the Affordable Care Act, which has affected the cost of health insurance, driving it up instead of down. At the end of 2017, the tax mandate was repealed, which means that tax credits have been changed. Essentially, the primary goal of Obamacare, which was to lower health insurance, has failed.

The Trump administration claims that they will offer another reform for health care, but it has yet to finalize a solution.